The Pacific Crest Trail: An Epilogue

Three weeks ago, I sat slumped against a picnic table outside of the Tuolumne Meadows Grill, knocking back beer and fries with ravenous, calorie-deprived abandon. It was the end of my summer in the wild, living as free as I ever have, which made it all the more jarring to find myself surrounded by clean, sweet-smelling people, my ears overwhelmed by constant traffic and multilingual tourist chatter. I felt unmoored and clung to my dirty, wandering brethren as we commandeered a small, smelly fraction of space, sharing tale after tale – the ones we’d already told each other a million times and loved to retell – of rancid water sources, annoying gear failures, oppressive desert heat, disgusting bodily functions, and rabid Sierran storms. One last hurrah with my hiker trash family, a bittersweet tang to the proceedings.

When I returned home, I slid the key in my back door and every instinct in my body told me to yank it back out and run, run, run. Back to the desert, back to the mountains, back to the lakes, back to the scent of pine, to the scampering creatures, to the places where I felt elementally at peace.

This feeling lodged in my gut and burned brightly, day after day, until I eventually found myself careening down the highway at 3 a.m., armed with my backpack, a tall cup of coffee, and enough music to carry me five hours north. Upon arrival, I practically flung myself back on the dirt, my heart comforted by the “Pacific Crest Trail” etched into the wooden sign at Agnew Meadows. Exhale, girl, it’s gonna be alright.

Still like twin pistons from two months of hard mountain labor, my legs cranked ever upwards, the smell of sage and view of distant peaks like comfort food fueling my body. The sun settled into its familiar embrace, my perspiration gathering in the usual places. Floating on that unmistakable hiker high, I barely noticed the white puffs overhead, and all but ignored their eventual transition into the unmistakable grey blur that marks an afternoon storm in the Sierra. One drop, two drops. Ten…twenty…a hundred. Laughing, I launched into my well-practiced routine and slipped on my pack cover, then my jacket. It’ll blow over soon, I thought.

It didn’t. Instead, a hundred drops turned to a thousand, and the rain drove down hard, joined by sheets of sharp, cold hail that flicked any exposed skin like tiny electrical jolts. Thunder and lightning coursed through the air, and I ducked under some trees to attempt a nap in the melee. I slid my eyelids closed and danced around the fringes of sleep until a couple walked up with a dog named Tank or Truck or Samson or something similarly mighty. Despite its owners’ insistent tugs, the pup sauntered over and plopped down at my feet in a pile of fluffy obstinance, a silent protest against the elements. “He doesn’t care much for hail,” offered one of his people.

Eventually, Tank or Truck or Samson was forced along on his cold, wet journey, and so was I. The weather dragged on, and pulled me down with it, until I stopped and took stock – despite the discomfort, was there anywhere else I’d rather be? No, I decided. No.

As if magically ordained by the universe, the sky cleared as I approached my destination, glittering Thousand Island Lake, lodged firmly on my list of Official Happy Places. I skipped along the north shore and found the perfect perch high above. As I set up my tent, it felt like I was finally home. While I ruminated on this comfort, the sun suddenly broke free from its grey prison and illuminated the lake. Cheers, whoops, and hollers emanated from all directions, echoing against the granite, and I joined in the joyous chorus.

After the most restful sleep in weeks, I awoke before sunrise and savored the quietude. I knew that other backpackers lay scattered around me, slumbering in their tents, but it felt like I had the place to myself. I walked to the water’s edge with my camera, careful not to trample the frost-flecked ground cover. The water was relatively still, soft tendrils of fog rolling across its surface as the sky shifted, and I sat as silent, sole witness to the sunrise. It wasn’t epic or spectacular, but there was a subtle beauty, and that was enough for me.

When I finally pulled myself away and moved back down the path to make the trek home, I no longer felt so unmoored – I realized that I may have left the trail, but the trail will never leave me. 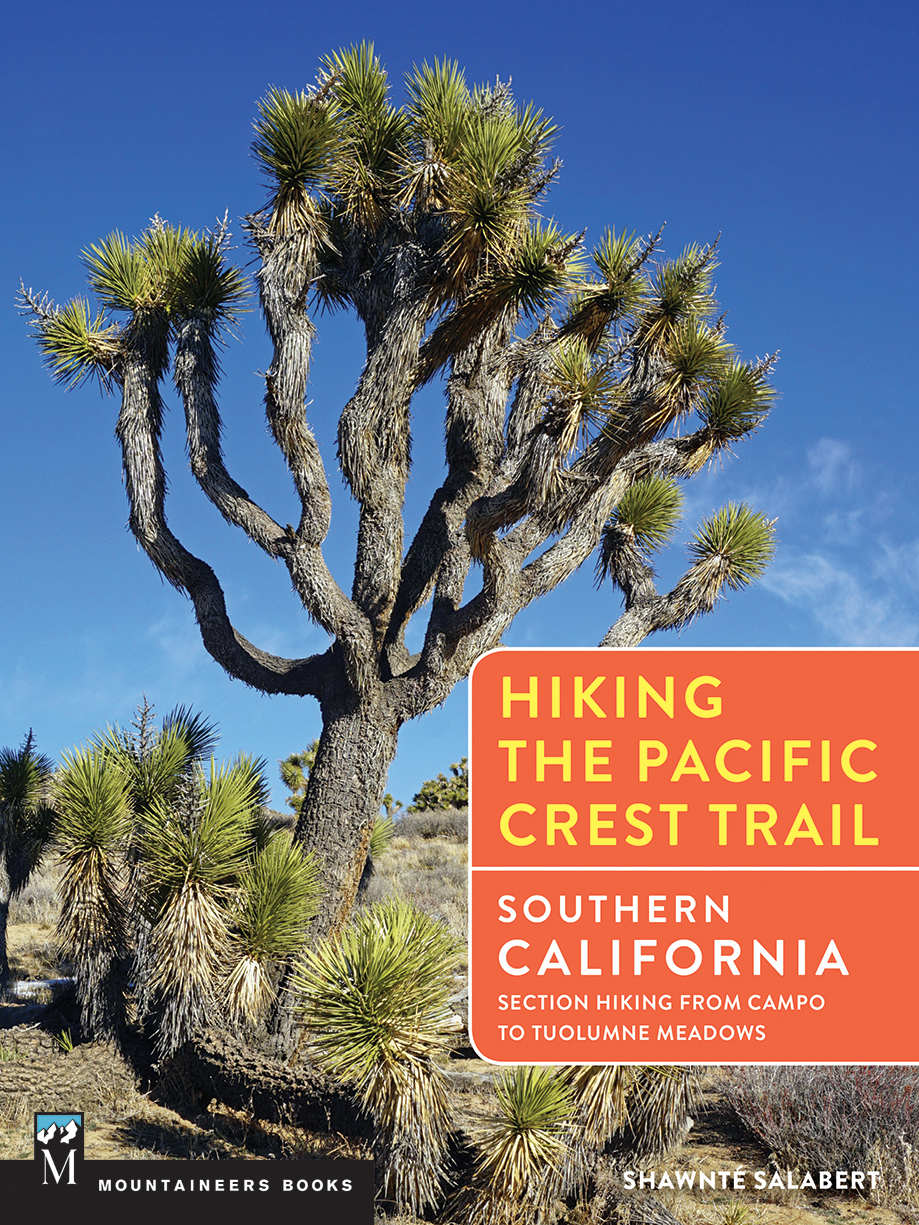